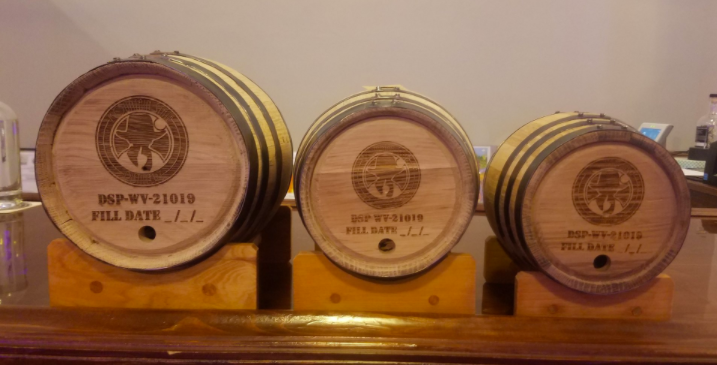 Capitol Street in downtown Charleston has your typical restaurants and shops you’d probably expect, however, there is one business at the end of the road that may just surprise you. 800 Kanawha Blvd E, at the corner of Capitol Street and Kanawha Blvd. is home to the unique and evolving micro-distillery, Mountain State Distillery.

Just how micro you might ask? The entire distillery, which consists of 2 fermentors, a tasting counter, and a retail room, all sit inside a less than 2000 square foot area. (If you can find a smaller distillery let us know!) The 2 fermentors can make about 20-30 bottles of moonshine after a 3-week long process, all of which is done by hand.

The idea to open a distillery began an undisclosed number of years ago, when owner, Jeff Arthur was in college. However, after graduation life moved on and the idea fizzled. Then during a trip to Tennessee in 2006, Arthur got the idea again, when he noticed that the only places people seemed to be venturing out to in the dead of winter were the distilleries in the area. He began working on a business plan with full steam ahead. Years of patience later, Mountain State Distillery officially opened in 2019. 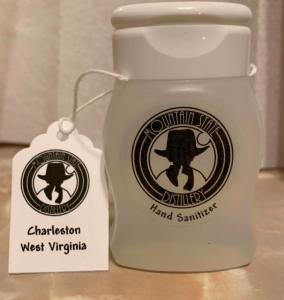 Since becoming a part of the community, Mountain State Distillery holds giving back as one of the most important values it has. So, when COVID-19 hit, they didn’t hesitate to pivot their plan, by distilling a slightly different product, hand sanitizer. “I wanted to do what I could to give back to the community.” says owner, Jeff Arthur. Before selling it, Mountain State Distillery made sure to first donate it to hospitals, police, and others who really needed it.

So the next time you’re strolling around downtown Charleston, stop into Mountain State Distillery. Not only will you have a cool story to tell your friends about visiting a micro-distillery, but you’ll also be supporting an awesome community-focused, local business!

And don’t be afraid to buy some moonshine from Mountain State Distillery, unlike “the real thing” most people think of, this one won’t land you in jail for buying some!