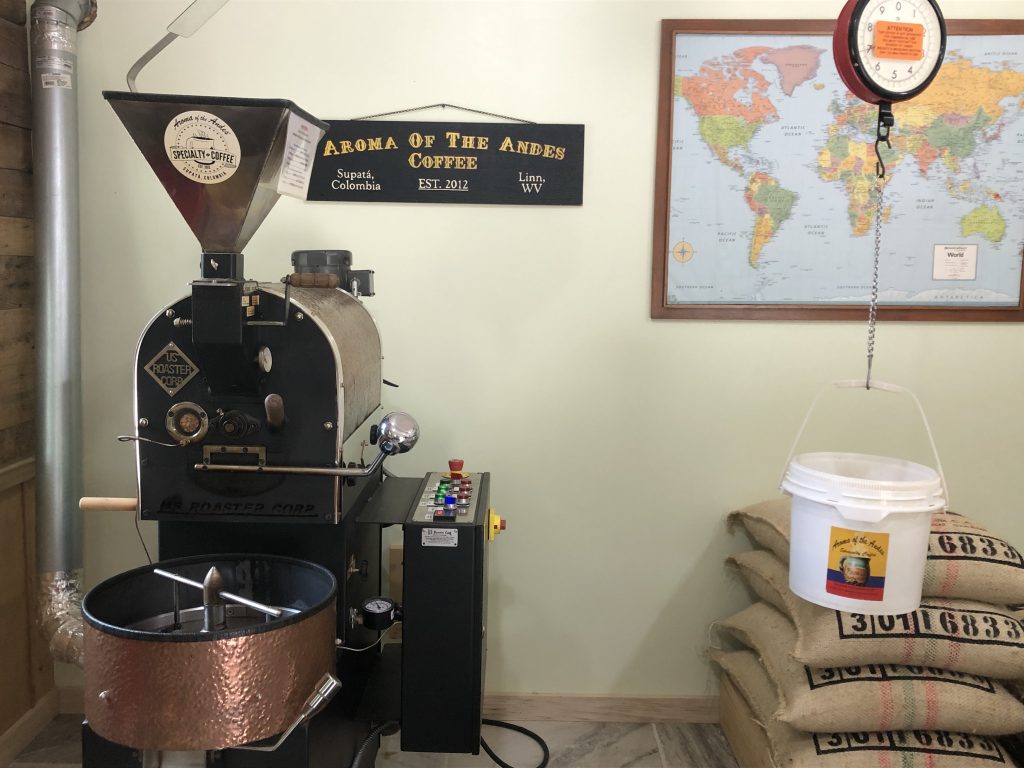 In 1993, Duane Brown accompanied his uncle to Colombia on a mission trip. During that trip, Brown fell in love with the country and knew he wanted to return when the next opportunity came. However, due to safety concerns, the next opportunity wasn’t until 2011, this time accompanying his daughter and her Colombian boyfriend (who also happened to be a missionary). Although it was a long wait, the timing turned out to be perfect.

Colombia had recently relaxed its international law on buying property, allowing foreigners to purchase property. Brown, his wife, and their two sons decided to take advantage of the opportunity and purchased a coffee farm, Finca La Despensa, located in the Andes Mountains of Colombia, in a small town called Supatá. 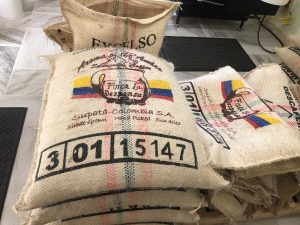 The actual purchase of the coffee farm was an experience all in itself, as Colombia does property sales a little differently. Brown met the seller at the governor’s office, along with a transcriber from the government to write down the contract details, and the price. Sounds simple enough? Well, then Brown had to literally leave the cash on the table so the government could decide on whether or not the sale was approved. Brown returned to the states with no idea if the sale would go through or not. Finally, 6-8 weeks later, Brown’s interpreter called to let him know the sale had been approved and he needed to return to sign the paperwork! Talk about a sigh of relief!

Through owning the coffee Brown is able to support the local coffee farmers and community. Brown explains, “At Starbucks, people get their coffee and drink it, there’s no connection to the coffee. With us, I can say “Here are the pictures of the people that pick your coffee.” Brown also hires almost all female workers, which in Colombia is huge in helping to empower the women. “If I can employ females, give them cash, they go home, they can buy food for their family, shoes for their kids, and they have a sense of pride in what they’re doing.”, says Brown. 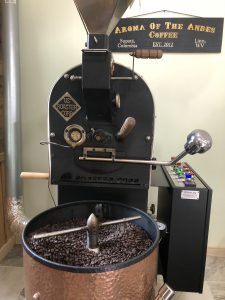 Brown and his family are very hands-on with their business, making three trips a year to the farm, visiting the friends they’ve made, and making new ones each trip, as they continue to strengthen their relationships in the community. While their business model may be a little different than the typical “local business” we often think about, it’s important to remember local is all relative. Though the coffee is grown in Colombia, it is then shipped via ship to Linn, West Virginia, to be roasted and sold. So, when you purchase a bag of Aroma of the Andes Speciality Coffee, not only are you getting some dang good coffee, you’re supporting local families from West Virginia (you can purchase Aroma of the Andes Specialty Coffee at a number of local stores across the state, which adds another awesome layer of supporting local), down to Supatá, Colombia, which is a win all the way around!

Check out all the places you can purchase Aroma of the Andes Specialty Coffee here.

Check out all of the awesome Aroma of the Andes products here.

Check out Aroma of the Andes Specialty Coffee on FarmFreshWV