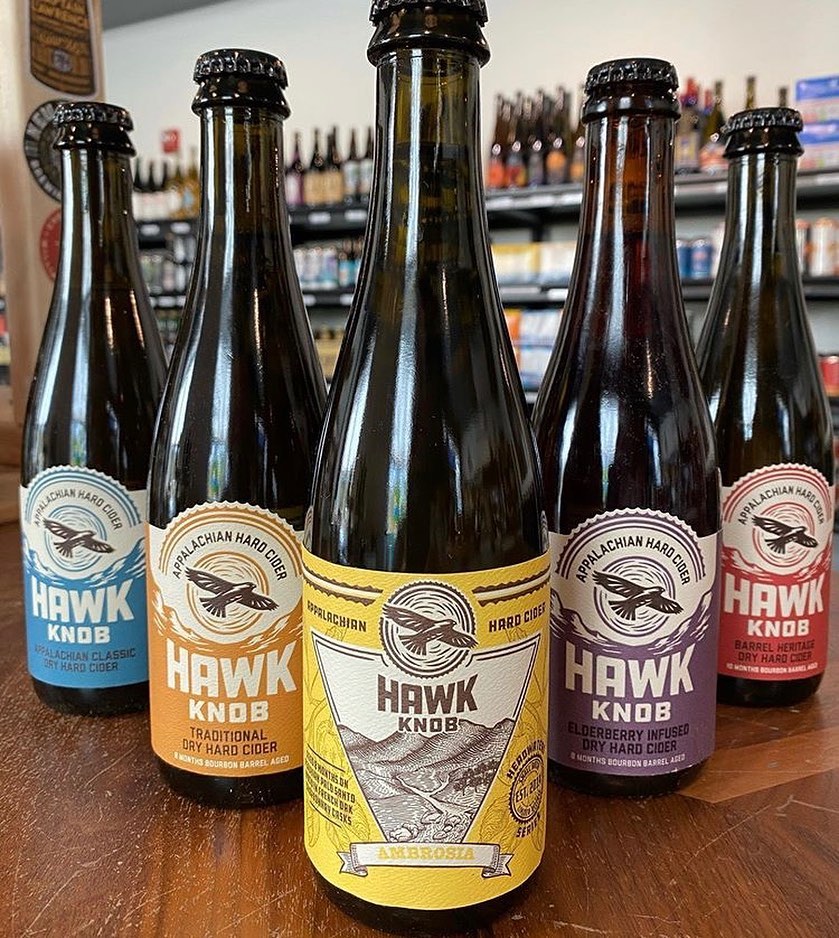 Using techniques learned before he could even drive, Josh Bennett, owner of Hawk Knob Cider, knows the cider that they produce sets them apart from any other on the market. “We are really dedicated to what we’re doing”, says Bennett, “we went with really traditional cider…what we do is quite a bit different than more modern ciders you find on store shelves.”

Bennett first noticed the cider market beginning to take shape in the early 2000s, however, his excitement was cut short after trying some and realizing it wasn’t like the cider he grew up making, “they were so sweet, you could put them on your pancakes.” jokes Bennett. He quickly realized that there was an opportunity in the market for a dry cider. 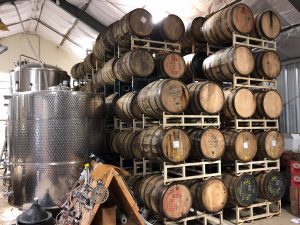 Hawk Knob uses heritage apples that were traditionally grown for cider making and combines it with a cold and slow fermentation process to replicate the cool cellar fermentation that would have been used originally. “We also do a lot of barrel aging…it’s becoming more popular, but I grew up making barrel-aged ciders, and that’s predominantly what we specialize in.” shares Bennett.  And the product outcome? Absolutely delicious, crisp, West Virginian cider, the way it was meant to be.

Hawk Knob Cider isn’t just made in West Virginia, the apples are 100% sourced from West Virginia farms too. “As a business owner when we shop locally, it helps other local businesses…it keeps the circulation of resources in our local economy,” explains Josh, “but then on a broader scale, when we travel to another area, or when other folks travel to our area and buy local, as a whole we are driving the local economy across the board, not just in our area. And that drives the expansion of small businesses.”

Hawk Knob is dedicated to their craft, with quality, being the heart and soul that drives them. “We’ve never strayed off the line with getting the right ingredients or doing the right thing with the product…we’re pretty dead set on making the best cider that we can make…I’m sure I could make a cider that’s cheaper for me to make, and easier, and takes less time, but that’s not why I got into this,” tells Bennett. That mindset and dedication have paid off for Hawk Knob (who happens to be the 1st commercial cidery in West Virginia), almost every one of their ciders has taken home medals in the largest international cider competition in the world! Which anyone can agree is pretty dang impressive! 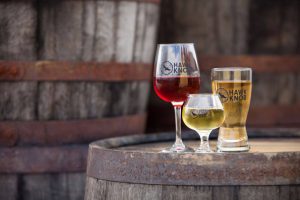 The next time you’re looking for some hard cider to enjoy, be sure to grab a bottle…or two…or three…of the pure West Virginian, award-winning, one of a kind Hawk Knob Cider!