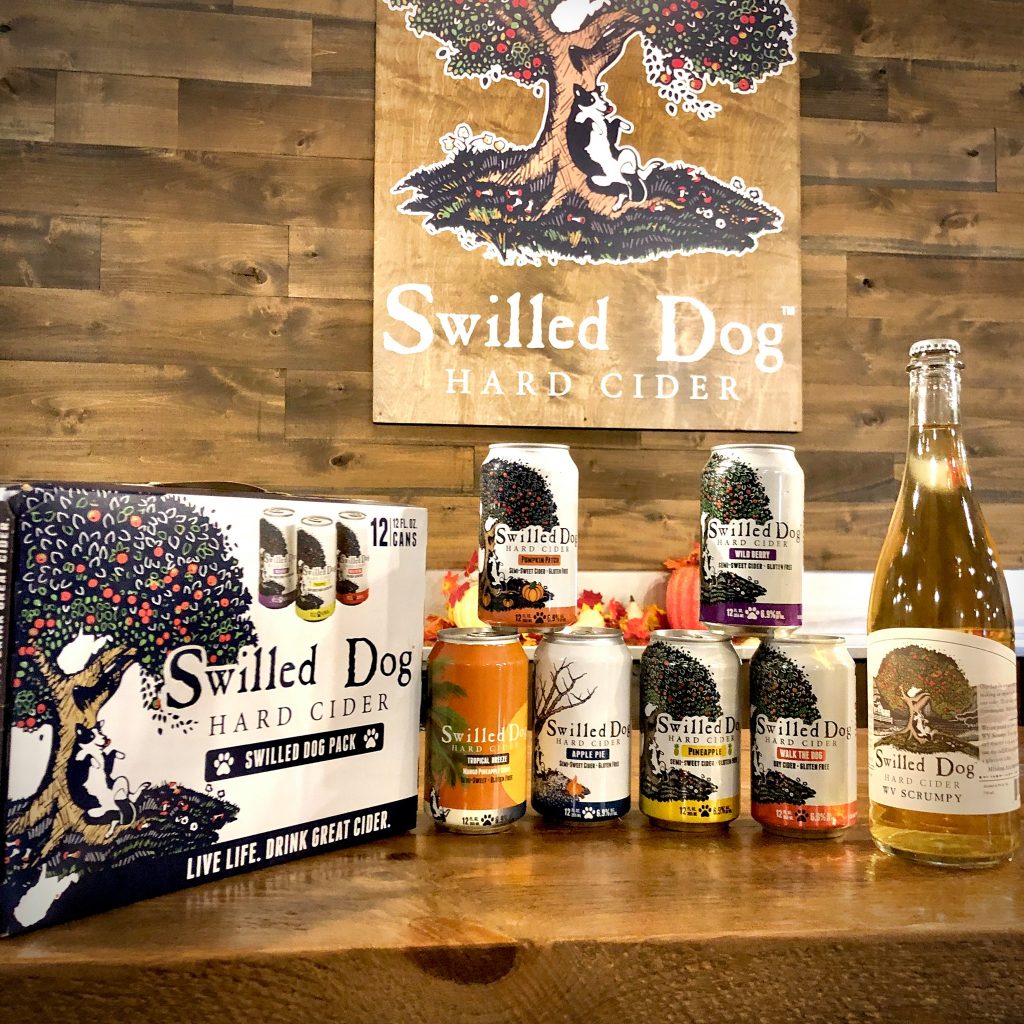 From their start in 2017, Swilled Dog set out to make a much larger impact than bringing a new hard cider to the market (and now small-batch whiskey). Swilled Dog laid the foundation of their company with the mission to give back to the causes they care about. “That is paramount to everything we do.”, says co-founder, Brooke Glover,  “We say we have two pillars to the business, and that was the main one, the first thing, the second thing was making good cider with more taste and less sugar than what you find out in the market.”

Even though they have only been in business for a short time, Swilled Dog has shown again and again their commitment to giving back, and not just with charitable donations. As a growing local business, they know the importance of supporting others, and make an effort in every way they can to do so, from finding local artists for their graphic designs, local screen printing shops for their swag, even the tables in their tasting room were made in West Virginia. 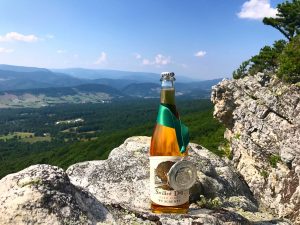 “As much as we can buy local, we do.” explains Glover. The effort to source local will continue with their newly launched distillery, “We are going to be using local grain…it’s literally right next to our facility, the farmer who works the land is probably 400 yards away from our facility.”, shares Glover, “With our distillery, we are going to be making brandy as well from some of our cider byproducts.” Swilled Dog aims to be as much as a full circle company as possible, and it sounds like they are right on track to accomplishing that goal!

Swilled Dog also gets creative when it comes to tying together giving back and sourcing locally. Each year they create a cider called West Virginia Scrumpy. Although they are the ones who make it, they get a lot of help from the state in sourcing the apples. “It’s made with all donated and forged apples from around the state.”, explains Glover, “We donate the bottles, the labels. the caps, and the labor, and then when we sell the bottles, we donate 100% of the proceeds to charity.” The Scrumpy cider is not only an awesome way to give back to the community but also is a creative (and delicious) way to show the people West Virginia does have value-added products and apples can be a great resource. Though in past years proceeds have gone to animal shelters, this year, Swilled Dog is mixing things up by planting an apple tree for every bottle sold. 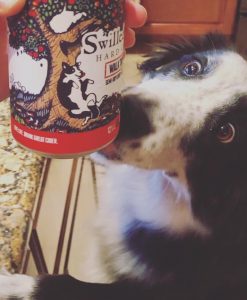 In short, this majority female-owned company, (who’s mascot is even a female rescue dog named Lucy Pickles), is an awesome business taking big steps to make an even bigger impact in West Virginia. And be sure to help them out by enjoying some Swilled Dog yourself!